My horoscope said today would start out badly (doesn't it always) and near the end I'd get "great news" from a loved one. By 7 pm I gave up, until my friend Cynthia introduced me to a video so complex and innovative I couldn't help feeling inspired.

This may be a bit ambitious for me but I'm going to try to Break It Down for yall.

Watch it once (once won't be enough) and I'll take you through the details.


The Film opens with a series of Images representing Rebecca's Daily Life. 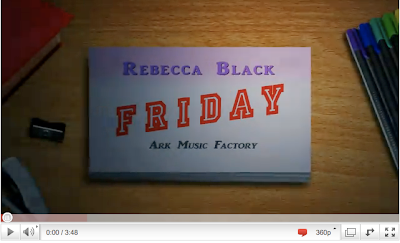 This is what we call "Character Development." 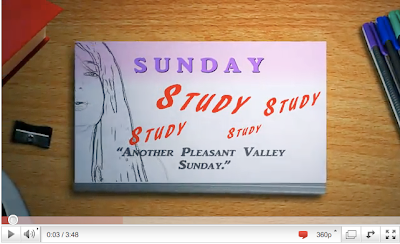 We quickly learn that Rebecca is studious, 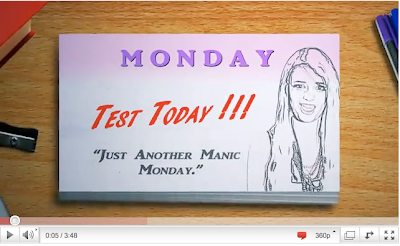 and can relate to important Cultural References like "Gone With The Wind," a Film not unlike hers. 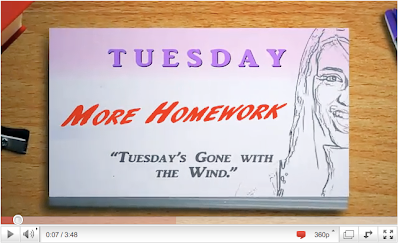 The next Image is obviously a joke, as it becomes clear to the viewer that Rebecca doesn't need more music practice-she's already an accomplished singer! 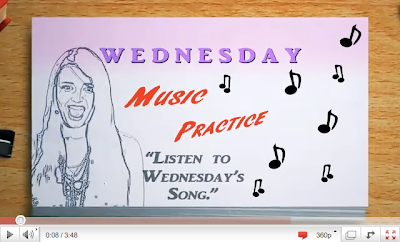 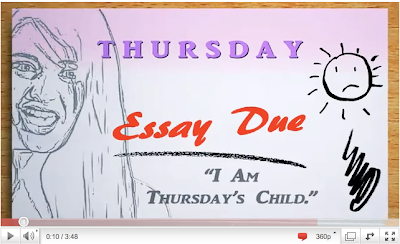 Finally it's Friday-the viewer can feel Rebecca's enthusiasm via simple phrases and punctuation. 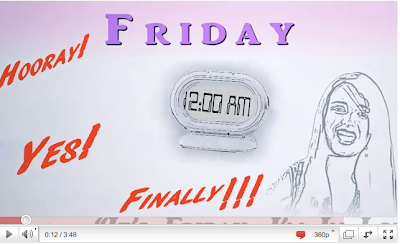 Rebecca wakes up at "7 am" with a full face of makeup, meaning she cares about her appearance (had her boyfriend sneak into her room during the night). 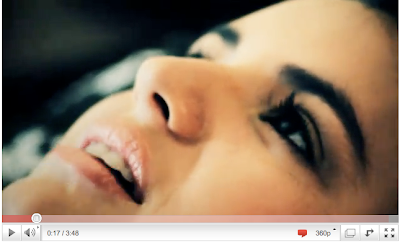 Rebecca mentions needing her "bowl of cereal," which is a positive message to send to young girls who may be suffering from eating disorders. In the background her father is yelling at her brothers, meaning she comes from a troubled family and probably copes by cutting herself. 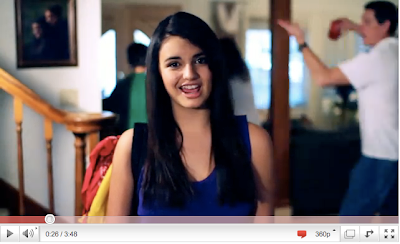 Rebecca is waiting for the bus; her family must be poor if they can not afford to buy her a car. She has low self-esteem as a result, 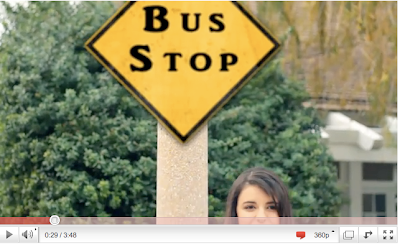 and starts hanging out with the Wrong Crowd. 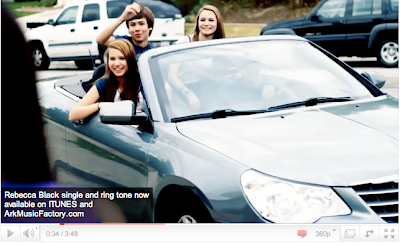 Her best friend is a Sexually Active advocate of Peer Pressure. 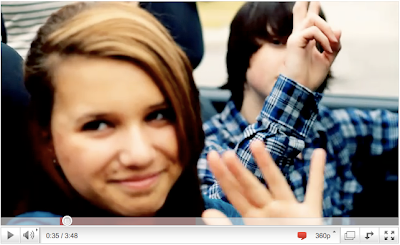 She is also a trendsetter, as she shows off a new dance move she learned in the "bad" parts of town where she goes to meet older men: 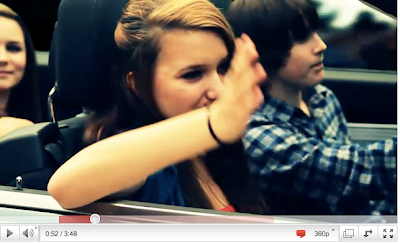 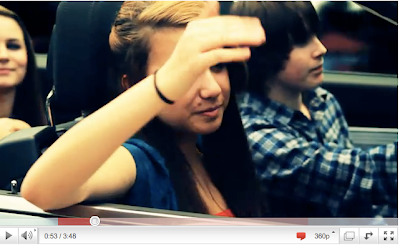 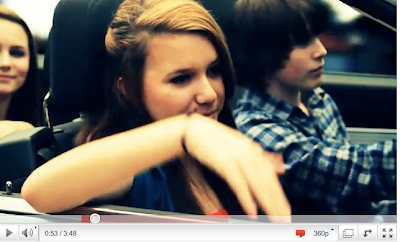 Friday Night has arrived and Rebecca is participating in Risky Behavior with her two enabling friends, via sitting on the back of a moving car as her drunk Racially Ambiguous (trouble-making) friends drive without a license. 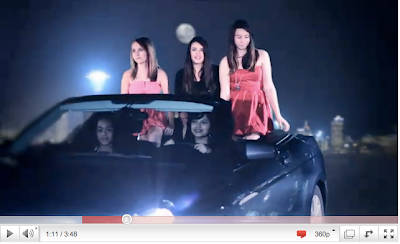 Rebecca's friends are wearing provocative age-inappropriate clothing. Rebecca also wants to "show off her teenage boobs" but can't via being ashamed of her cutting marks. 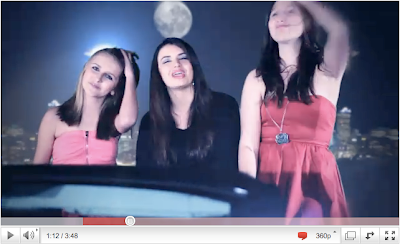 Rebecca's friends both have braces. 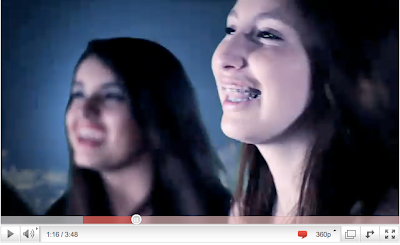 Rebecca is asking God to give her parents more money so she can afford better Dental Attention. 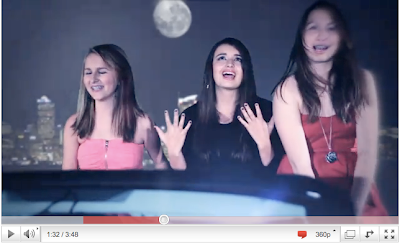 Rebecca hugs her friends under the Full Moon; a sign of Comradery and Being High. 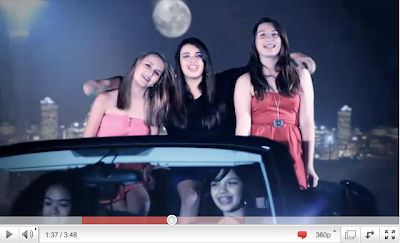 Rebecca arrives at the Party and greets her friends. As she passes, 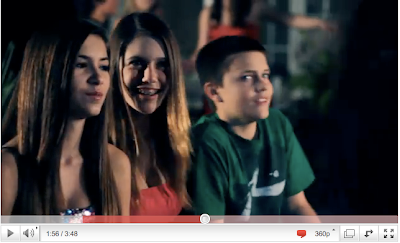 They Salute Her, showing their appreciation of her company and support of Fascism. 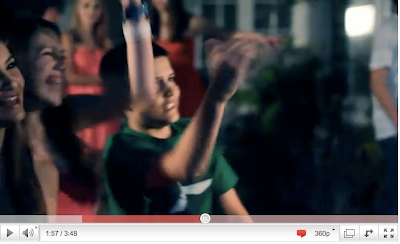 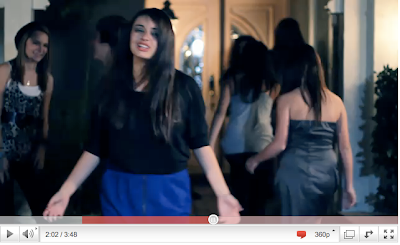 Rebecca gets drunk and starts projecting images from her mind; grammatically incorrect descriptions of her feelings. 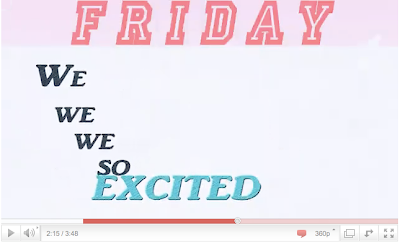 After all her studying, Rebecca still doesn't know how to form a proper sentence. She obviously attends public school. 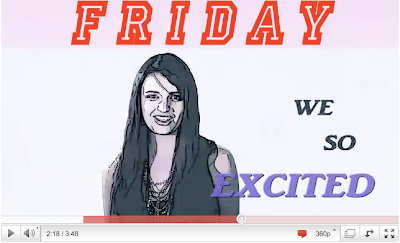 Rebecca's boyfriend puts a white powder in her mouth and it tastes bitter. 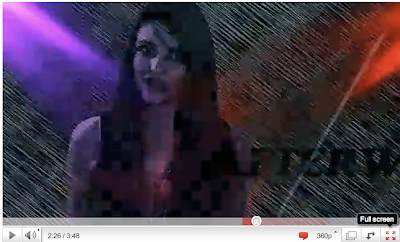 Rebecca is on MDMA. 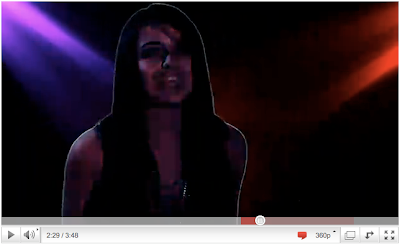 A Mysterious Black Man joins the scene; is 50 Cent back?! 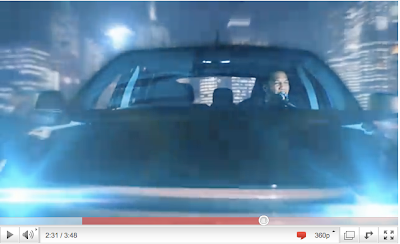 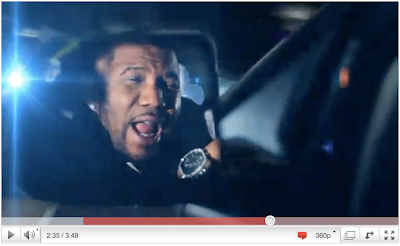 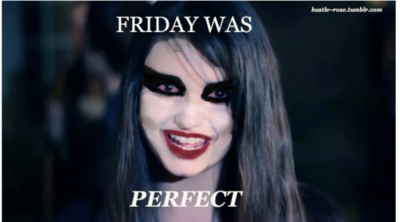