The good thing about not having a boyfriend is that it forces you to be productive.

Instead of wasting time on dinner and sex, you do more important things like watching shows from your childhood [reminiscing about your past and wondering Where Things Went Wrong].

Everyone knows that people's personalities are formed via what they watched as a child, and we are no exception.
While our parents were influenced by rabbits and hunters,
we were shaped by monsters. 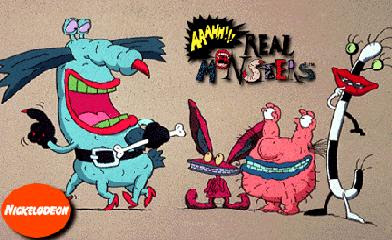 Here I'll explain how Vintage Nickelodeon is to blame [thank] for every Self-Obsessed 20-Something Art Student With a Coke Addiction and Tumblr Personality:

CASE STUDY: GENERATION TUMBLR VIA THE NICKELODEON PHENOMENON
*disclaimer: this only applies to those who grew up with cable television; those who didn't are irrelevant*


Rugrats was a show about talking babies. Their only purpose was to "have adventures" (rebel against society) led by a Fascist Bi-Polar Blonde.

The characters in this show have shaped the image of every "relevant" young person today: 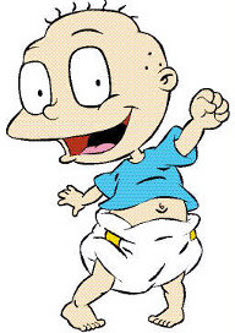 Kids who liked Tommy were brought up in a god-fearing wealthy household. They are now Vegans who work at Whole Foods and volunteer at the Animal Shelter while secretly stealing money from their grandparents to support their heroin habbit. 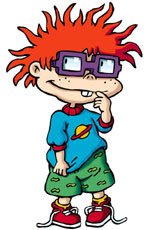 Those who preferred Chucky were normal kids who wanted to be "weird." The types of kids who are completely average at everything and can therefore can only be "special" via ugly hair and big [fake] glasses. These people now study philosophy and work at American Apparel. 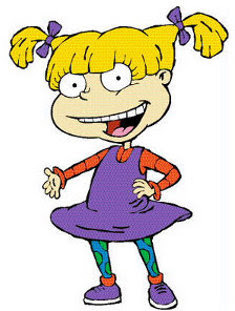 Little Girls who liked Angelica were brunettes whose [hippie] parents didn't let them play with Barbies via unrealistic standards for women. These girls ended up going to Fashion School and dropping out to persue a career in Organized Crime. They are popular, beautiful and sleeping with your boyfriend.

Little Brother/Sister duos who related to The Twins realized they have no individual personalities and need to "stick together." They both went to school for journalism [shared a dorm room] and can be found crying at Starbucks. They express themselves via re-posting other people's ideas on the internet.


Helga and Arnold are to blame for all of today's relationship problems.

Our grandparents are happily married because they learned about dating via a wolf howling at a prostitute.

Hey! Arhold ruined this for us. Helga told little girls to be smart and powerful (not pluck their eyebrows!) while Arnold gave boys the impression that it's OK for them to be sensitive? No wonder all my friends are single. 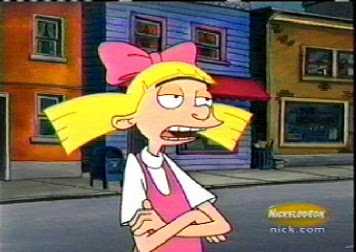 3) CLARISSA EXPLAINS IT ALL


This was a show dedicated to the ramblings of a spoiled brat. Clarissa inspired us to think our ideas are not only important, but worth sharing.

Clarissa made us think it's OK to start a blogspot about our lives and hope that people will actually pay attention.


Every afterparty I have ever been to is a re-enactment of this show.