Maybe I'm behind but I just saw this a few days ago.

The video starts with Alaina as a pre-teen, playing with a Barbie. This is a sign of slow mental development, a result of overexposure to hair bleach at an early age. 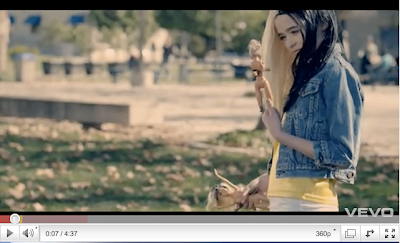 She's approached by three girls who come from happier families and have a knowledge of color coordination. They call Alaina a "freak," and rightfully so. 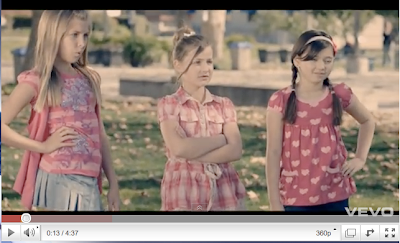 As the girls reach for their weapons, Alaina's drug dealer jumps in to save the day. 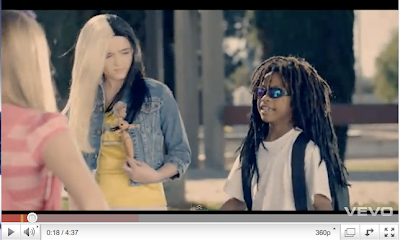 They run away in fear, as anybody should do when yelled at by a black person. 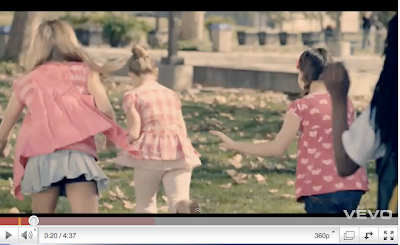 Fast-forward 9 years. Alaina has sold her pants for a boob job. 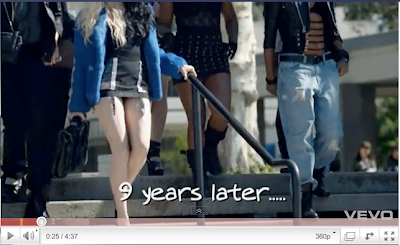 Alaina is seen with a Racially Diverse crowd of girls (obviously part of a violent Gang). Here the Viewer assumes Alaina has evolved past the concept of racism, 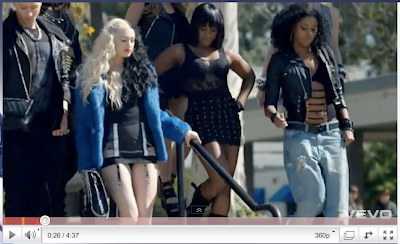 until she is seen showing her "middle finger" to an Asian Girl. 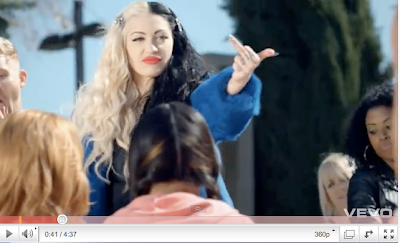 The viewer is confused and offended. 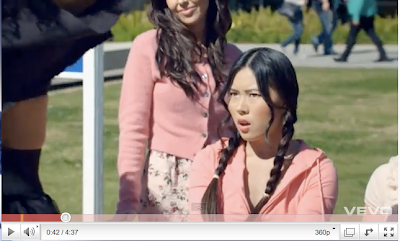 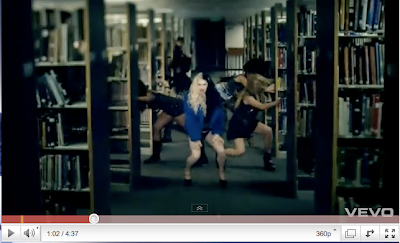 As a part of the "Initiation Process," Alaina orders her Gang to destroy literature 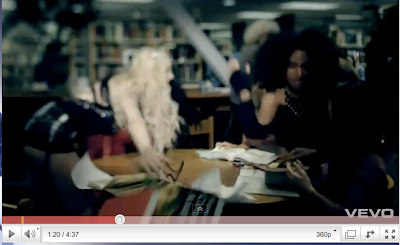 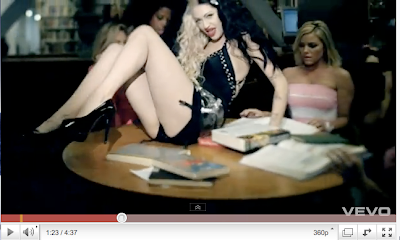 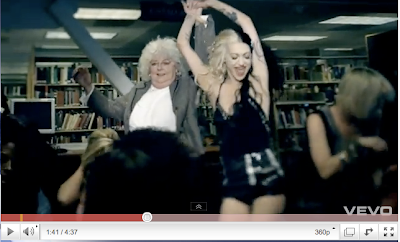 Alaina has an unhealthy relationship with eating. She demonstrates this by throwing people's food on the ground 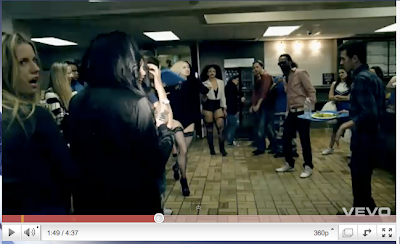 and looking angry when her theighs touch. 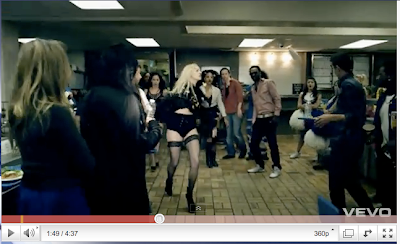 Alaina and her Gang break into a series of syncronized dance moves, all sexually charged and with violent undertones. 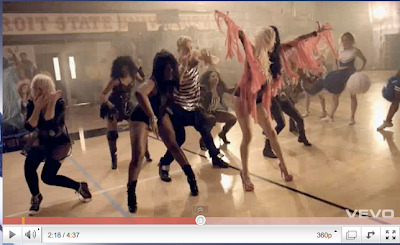 Alaina is a prostitute. 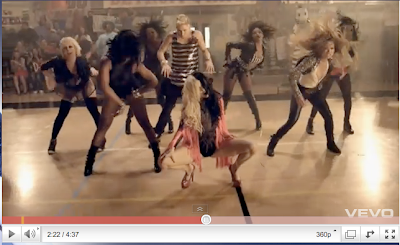 The Viewer is introduced to Alaina's Full-Time Pimp and Part-Time Sailor. 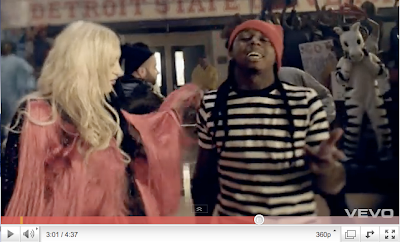 He says he likes Red Bull; the Street Name for a new Slovenian Club Drug not unsimilar to Ketamine. 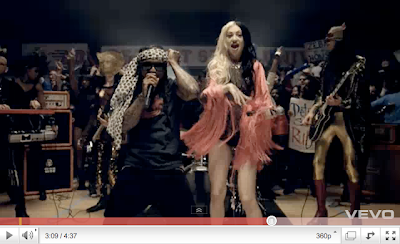 Alaina closes the video with a series of hallucinations demonstrating her love of chairs and latex. 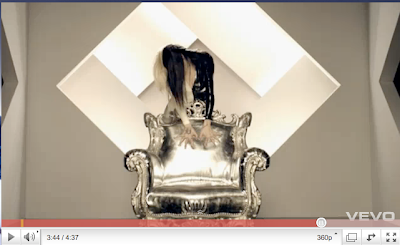 This is what Rock and Roll looks like.
Posted by Tea at 9:54 PM