Today I got an email entitled "HELP ME" from a beautiful (successful, smart, etc), 20-something girlfriend in America. Apparently she is so fed up with the "dating scene" (hooking up with truckers in bars) that she's resorting to Match.com, which I thought was reserved for serial killers and people having affairs.

She informed me that there are, in fact, plenty of amazing single people looking for "love" online and that, instead of ridiculing her, she wants me to help her write an interesting "Bio."

She sent me an example of one guy's profile. He's apparently hot shit on Match.com and I'm trying to understand why.

"After reading some profiles that read more like a short story than a mini-bio, I'm going to go with a bulleted list like the ones that always made us smile when a professor in college allowed us to do so rather than writing full sentences."

Match Man starts by implying he's a "rebel" via not wanting to write a "regular" bio and that he went to college. (A James Dean type, only smarter).


o I teach a classroom of middle school students with autism and intellectual disabilities (the PC term for retardation). Yes, it's tough and yes, it requires a lot of patience. (I've received multiple emails including this phrase: 'that must take a lot of patients.' Sigh)


Here he says he teaches kids with disabilities which means he's nice, patient and will be a "good dad" to the mentally disabled kid you'll have with him.


He also makes it clear that he doesn't like spelling mistakes which means he's annoying.


o I train and compete in triathlons. My goal is to do an Ironman in the fall of '12.
o LA Boxing is modern torture that I'm paying $70/month for.


He must have a "hot body" via "working out" aka you will want to have sex with him. Also $70/month for boxing classes means he won't mind paying  for your salad and tofu dinner.


o I'm going to be running a summer camp for 90 elementary students this summer and I have no idea what first graders are into nowadays. Garbage Pail Kids, trolls with fake gems in their belly buttons and slap bracelets? Help me!


Cool, and I'm fascinated by anybody who would care to know that.


o I have a hard time sitting still. I'm not ADHD but I need to have a purpose.


AKA we will have a lot of sex.


o I was on an episode of Who Wants To Be a Millionaire in 1999 but didn't get into the hot seat. Sigh.


o I'm genuinely a good guy who won't f you over.


Ok here he is totally exploiting the fact that you are on a dating site because you probably have been "f'd over" by tons of guys before but don't worry baby because HE'S NOT LIKE THEM.


o I'm the worst basketball coach. Apparently, running a three man weave and a zone defense is too difficult for eight year olds.


Here he implies that he is smarter than an eight year old, which, let's face it, is pretty impressive for a guy.


So now I've got my work cut out for me. Apparently all you need to put in your bio is information on what you do with underlying messages implying how you will be in bed and/or with kids. Let's try. 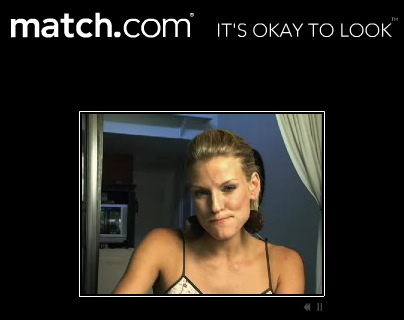 "So after reading other bios I decided I wanted to make mine more fun! Like in beauty pageants when they ask you what you want in life and you DON'T say "world peace" LOL!"


-I teach aspiring Pagent Queens how to walk, talk and eat correctly!


(If you give birth to a daughter you will be able to show her everything yourself so he won't have to fake interest and/or buy tampons for her).


-I train my body every month at my plastic surgeon's office and in my free time take pole dancing classes.


-This summer I will be babysitting my ex-husbands kids!


(You are caring and won't hold a grudge when he leaves you for another woman).


-I am fascinated by Nail Polish.


-Please don't have any current girlfriends unless you make sure I don't find out about them.


(You are understanding and "modern").


-I have absolutely no gag-reflex! It's not that I'm sick, I just need practice.


-I was on an episode of "The Bachelor" but got kicked off the show for slapping my roommate.


-I'm a good girl and I promise to never fake any orgasms.


(You have taken acting classes).

Email ThisBlogThis!Share to TwitterShare to FacebookShare to Pinterest
Labels: all the single ladies, match.com