There are some things you only do for your Closest Friends. Like calling their abortion clinic, pulling them out of K-Holes and nursing them when they are sick. It's good to help friends because that means that they'll "owe you" and you usually get something out of it too.

The past few weekends I've spent studying at my friend Sara's place so when I showed up unannounced this Friday I was offended to find her sleeping rather than welcoming me with affection and booze. Her roommates said she was sick so I let her rest while I stayed in the kitchen and watched Eddy Murphy films dubbed in Italian.

Sara slept through the next afternoon. To kill time I went out for Granita (I thought it was the end of the world and calories wouldn't matter) and when I returned she was even worse.

I didn't want to go home but also didn't want to watch her suffer (who would cook for me). Problem is I'm usually the friend being taken care of so I skyped my Mom for advice. 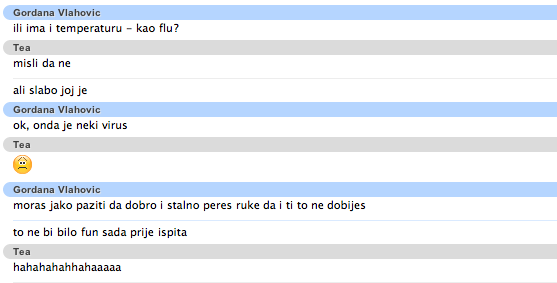 She just told me to be "very careful to wash my hands so that I don't get sick too" (#thanks).

I was about to give up till I remembered when  I got my tonsils out and spent a week F'd on pain killers and ice cream. I decided to get her the latter since my drug dealer's in jail and I can use any excuse to see my [fantasy] Lover.

Last week I told the Ice Cream Man I'm in love with him and he told me he has a girlfriend. I told him she doesn't exist until I see her.

So I got dressed up and went downstairs.

I always thought ICM was a loner. I pictured him reading philosophy books in his room and spending his paychecks on opium. Like teachers and doctors, Ice Cream Men shouldn't be allowed social lives outside of work because that kills their image (and our expectations of them). So you can imagine how shocked I was to find him there surrounded by all of his "friends."

He's chatting casually and not wearing his uniform and suddently becomes unattractive. Hearing him discuss anything besides his "Crema" makes me want to barf, which reminds me of Sick Sara and what I came for in the first place. I ask him if he's working.

He points to a skinhead-type with bad tattoos and missing teeth. "Hot," I think, "he'd be perfect if not for his Sketchers." I convince myself the shoes are  a "joke" and that he's from the south. I strike up conversation.


"You look cold-take my jacket."

His jacket smells good and makes me feel like a Gangster. I order Sara's ice cream and go back upstairs.

I tell Sara about my new Boyfriend. She says he lives on the 3rd floor with his sister and might have a mental disease. I tell her I'll return his jacket tomorrow [with my phone number in the pocket].

I'll knock on his door and he'll open it wearing his uniform. He'll invite me in for coffee and introduce me to his Cats. We'll discuss our childhoods and discover we like the same cartoons. I'll promise to teach him English so he can understand their meaning. I'll take him to a dentist and we'll fall madly in love.

Then I see how great his jacket looks on me and decide that I should keep it. 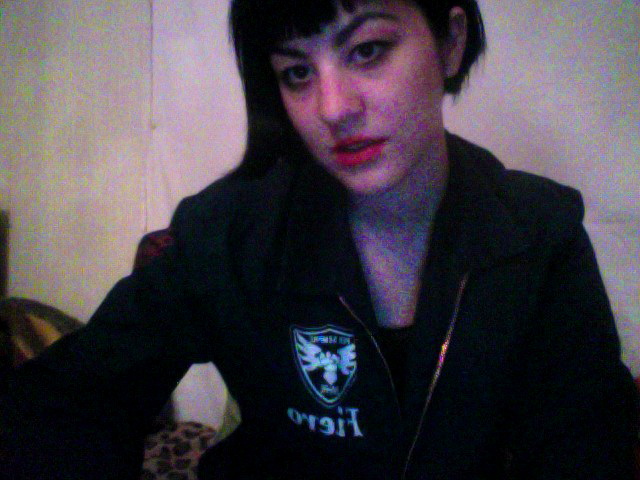 His sister wouldn't like me anyway.
Posted by Tea at 3:05 AM