After drowning in self-pity, sorrow and misery, realizing that even old men can act like braindead babies, and somehow surviving the most pathetic few days of my life-something good has finally happened-and it wasn't Sara retouching my roots. For those of yall who haven't read my Wired Column yet (I asked if I could post the English version here but got no response), this summer I researched [signed up for] a new dating site called SugarSugar, which caters exclusively to "Sugar Babies" seeking "Sugar Daddies" and vice versa. I like the site because it's like a glamorous version of Prostitute meets Financial Slave and unlike some dating sites, doesn't screen your photos! 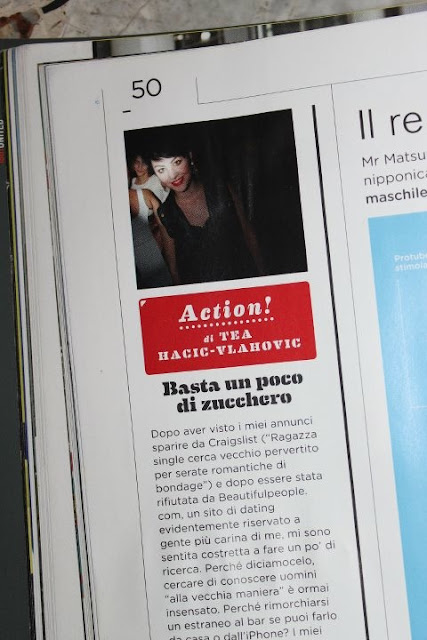 I was a bit disappointed to not have any stalkers till now, however this site is location-based and we all know Italian men spend all their money on pasta. So finding one willing to buy me "gifts"-as I requested on my profile-might be hard: 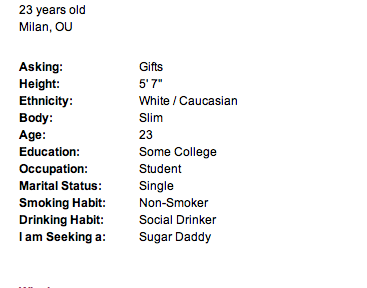 Anyway today I got some messages-and I'm excited-but I'm new to all of this, yall, and I don't know what to think:

Should I be put off by the fact that he "prefers not to" state his marital status? Or does that just make him mysterious? Also is 29 old enough to be a Sugar Daddy? Like, Richard Gere in Pretty Woman (what this is obvz based on) at least had wrinkles/grey hair!! Still, this pic Pancrazius ~took himself~ is really artistic and I'm kinda jealz already of the lady digging her fingers into his Totally Wealthy Back. I just hope that by a "few extra pounds" he means the British Kind ;) 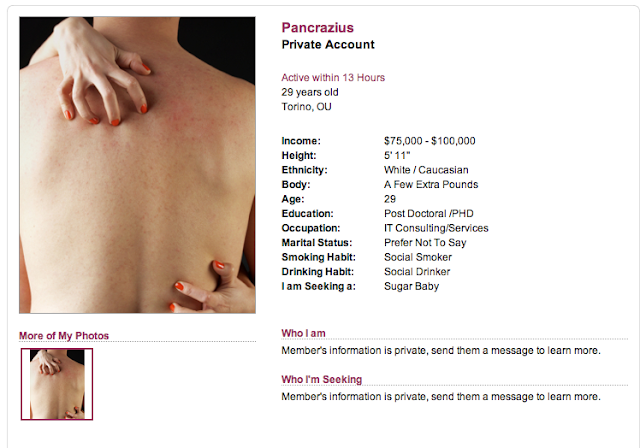 Meanwhile, Fric likes the "energy" in my photos and would like to meet me in Rome:

I think it's cool he's holding USDs in his self-portrait, must be trying to appeal to my American Side! Wonder what his face looks like. Nice hands, though. And 34 is a better age. 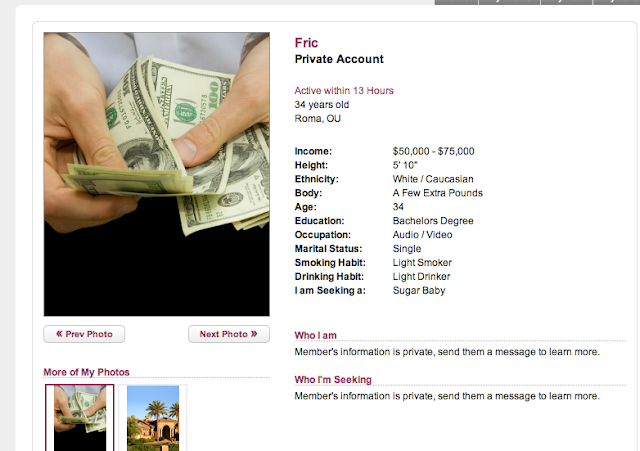