Being a ~Dirty Immigrant~ I've been flying since I was little and in doing so I've learned lots of things about airports and airplanes. Like how to un-pop your ears when the air pressure of flying makes your head feel like your stomach does when you have diarrhea, how to sit without crossing your legs to avoid getting a stroke, how to fall asleep next to a crying baby, which airports have the best bars and what type of business man there will most likely buy you drinks or whatever-but the most important thing I've learned is who to avoid, like talkers who don't let you read your US Weekly, first-timers who clap when the plane lands, anybody with children and most of all, the First Class Jerks.

You know those dudes who get to go through the lines faster, the ones who never have to get other people's sweat all over their luggage and the putas who actually look more rested after a 12 hour flight? The assholes who get to party in Exclusive Lounges and sip Prosecco in designer leather sofas and Jacuzzis while the rest of us have to trample all over each other like Black Friday at Wal-Mart? Well, after all these years my envy of Those People eventually turned into annoyance and that annoyance eventually turned into hatred and that hatred eventually turned into pity because it's hard not to feel sorry for someone that everyone despises, you know? Anyway, all this changed during my last trip to Milan. 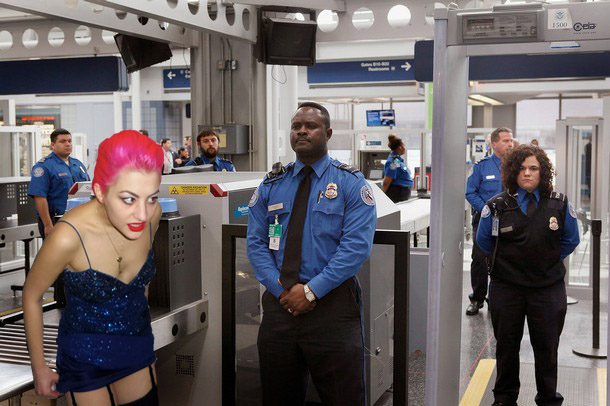 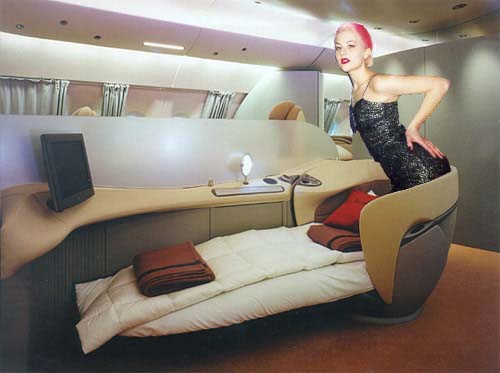 After my initial shock of having an aisle AND window seat at the same time and having enough leg room to not rupture my uterus with my knees and being seated near people who smelled like something other than cheese and vaseline I was able to organize my thoughts and take a few pictures for yall: 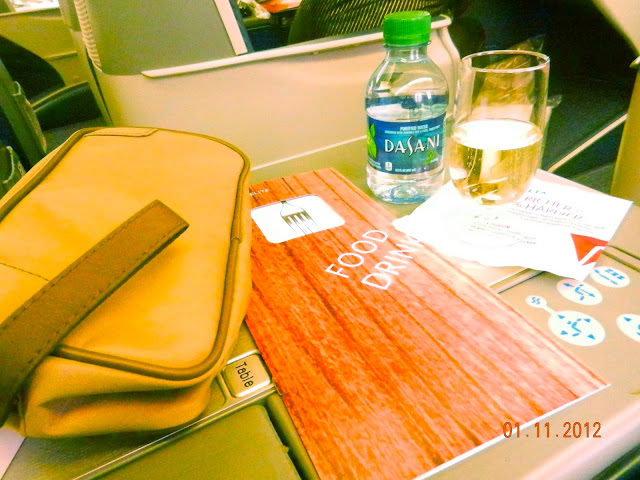 First class is basically like a Dolce & Gabbana party because there's tons of free champagne, expensive water and gift bags full of exclusive things like toothpaste, lotion and socks. You get to see famous people from TV, 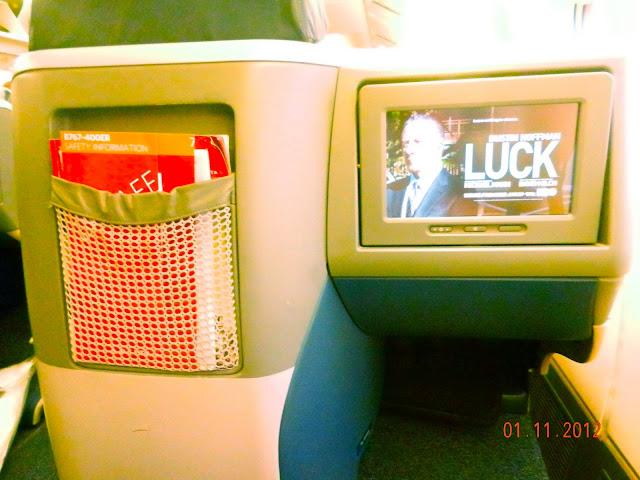 and eat chic inedible food while yelling across the room to people who are worth more than the country you're from. 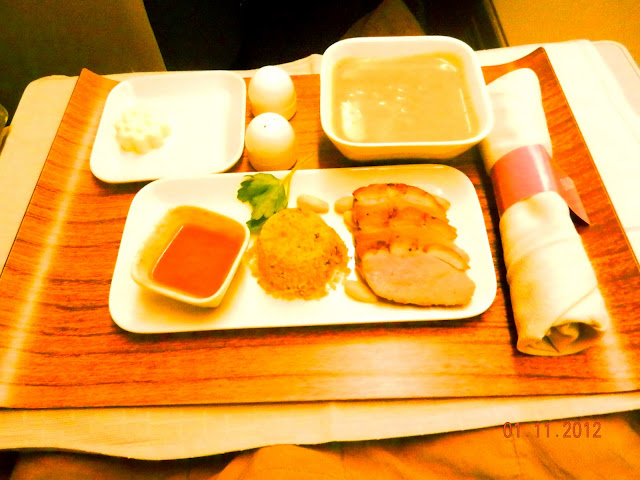 Money may not buy happiness, but I guess it actually can.
Posted by Tea at 5:00 PM