OK so I know I promised I'd put English subtitles in these from now on and I was TOTALLY going to but I forgot to put them in and by "forgot" I mean I didn't put them in on purpose because all I'm doing here is basically quoting Mean Girls and I'd like y'all to think I'm more clever than that.

IT'S MY PARTY I CAN SIGH IF I WANT TO

I thought for a moment I wanted to host a Halloween party this week.

And then I remembered that's dumb.

Hey y'all! Remember how I've been a really bad blogger lately but promised y'all it's because I've been kinda busy and promised that it's not just because I've been sitting around scratching my balls all day or whatever? Well it's true and the truth is I've been spending some Quality Time Job Searching AKA Bugging The Crap Out Of People I Think Are Famous Enough To Be Really Brag-Worthy To Work For AKA La Pina AKA Italy's Famouz Female Rapper Extraordinaire: 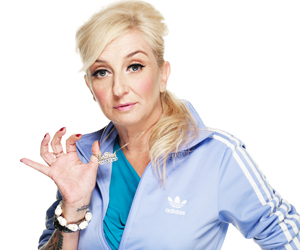 Anyway after months of me sending her annoying emails with "I'M PERFECT FOR YOU" and "GIVE TEA A CHANCE" in the subject line she agreed to meet with me and by some mixture of luck, magic and fear, she agreed to let me make weekly videos for her Fashun Website.

Every week I'll feature something #Chic #To #Death in Milan and though it will be in Italian I promise to start putting English subtitles in from the next video on. Anyway, here's the link to the first post and below is my first video and I hope y'all like it!

I've been going through tons of ideas for costumes-now that I'm blonde, I can finally be Marilyn Monroe or Miley Cyrus or Chris Brown! I can finally be a freezing Leonardo DiCaprio or a psychotic Angelina Jolie or or a dead Scarlett Johansson! I can finally be Ursula or David Bowie! But then I was like eh none of those people are as famous as me so whatever I'll go as myself.

I don't mean my blonde self, she's boring and old and graduating and trying to find a job and doesn't even smoke or party anymore and hasn't gone on a date with an actual boy (or girl) in forever. I'm talking Vintage Tea, 2010 Tea, the Tea We All Knew And Loved. 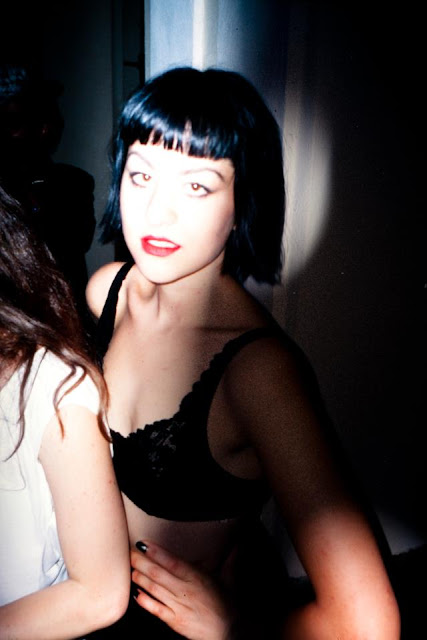 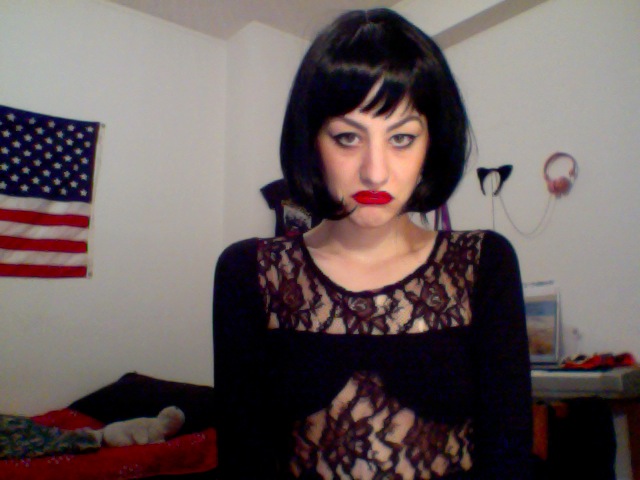 The resemblance is uncanny!!!

This Halloween being Vinage Tea will mean being full of hope, dreams, devastating love and devastation in general. It will mean thinking that alcohol calories don't "count," that "Alejandro" is the best song in existence (it is), that sleep is only for #losers or cats, that you really are Missing Something Crucial if you don't attend every single party Facebook invites you to. It will mean wearing American Apparel and not being embarrassed about it, it will mean applying a face powder two shades too light and shaping underwear and control-top panty hose, because I think I'm fat (I am). It will mean I will obsessively be calling someone I shouldn't and then crying over it and wiping my tears and my bloody nose with my American Apparel Figure Skater Dress. It will mean I will be kind of sad. But I'm still kind of sad. Will I never not be kind of sad? What's the point of Halloween anyway? Dumb holiday. 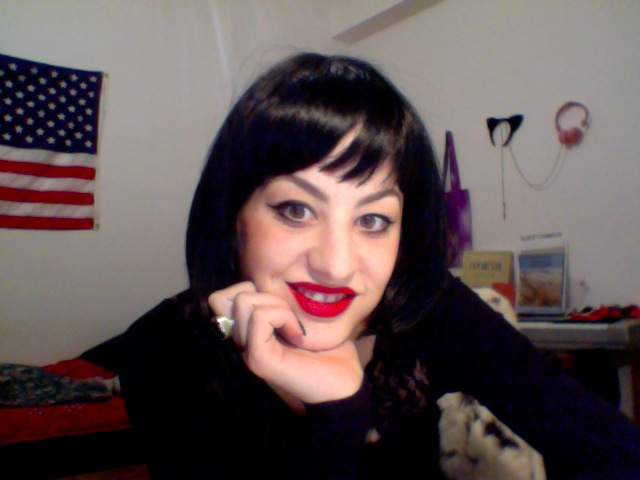 PS- Yeah so I haven't been making any ~videos~ or blogging or whatever but it's like I have this new ~video project~ coming up and y'all will see so it's not like I've just been sitting on a couch watching TV and scratching my balls all day, not that there's anything wrong with that! The shit I'll show y'all soon will be in Italian BUT I'm gonna start making lolz subtitles for it because obviously it's much harder to obsess over me if you can't understand what I'm saying right? Anyway here's a ~preview

Email ThisBlogThis!Share to TwitterShare to FacebookShare to Pinterest
Labels: halloween, im not just sitting around scratching my balls all day, vintage tea 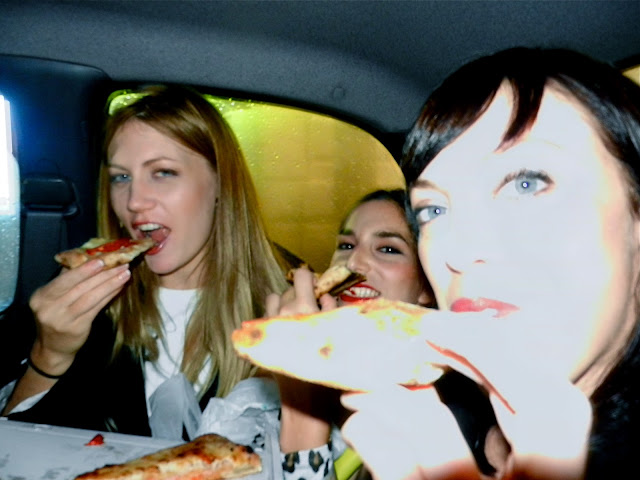 So I'll just leave y'all with pictures of #pizzasluts and #streetputas 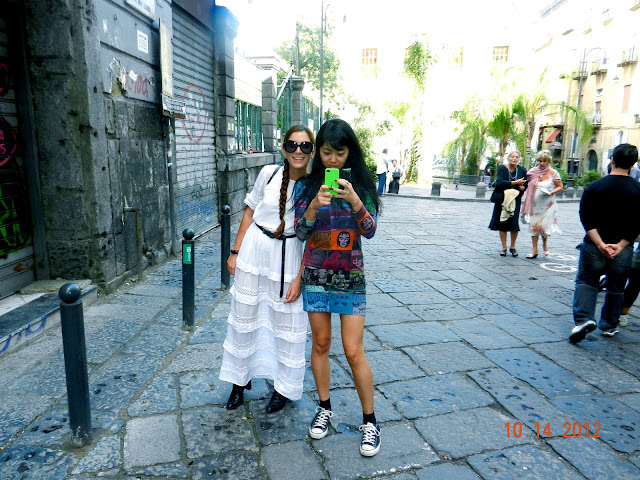 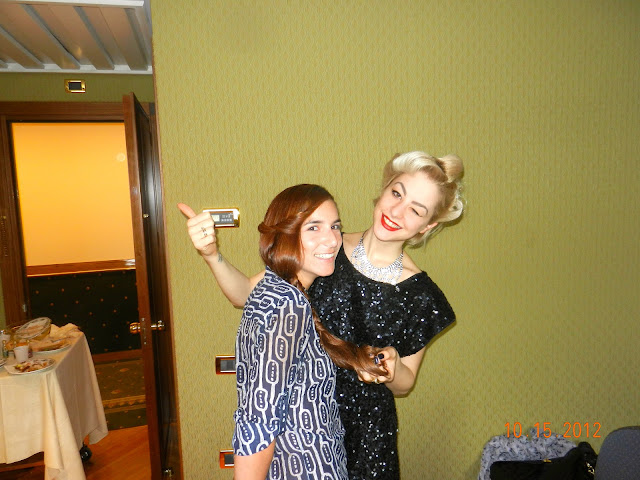 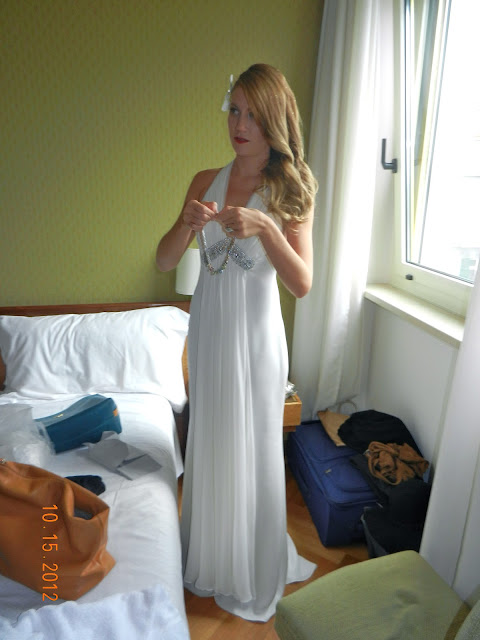 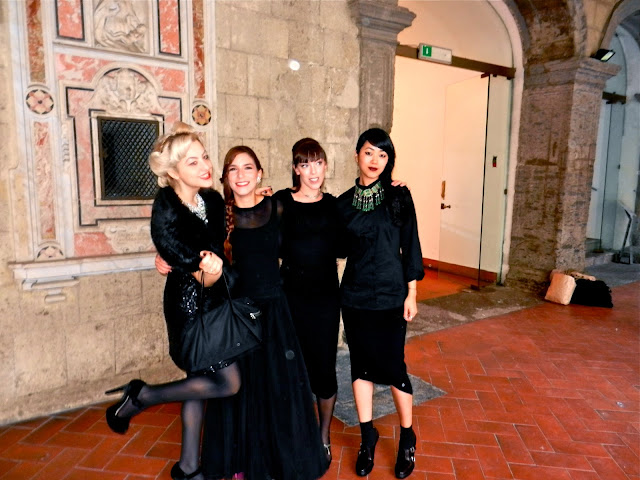 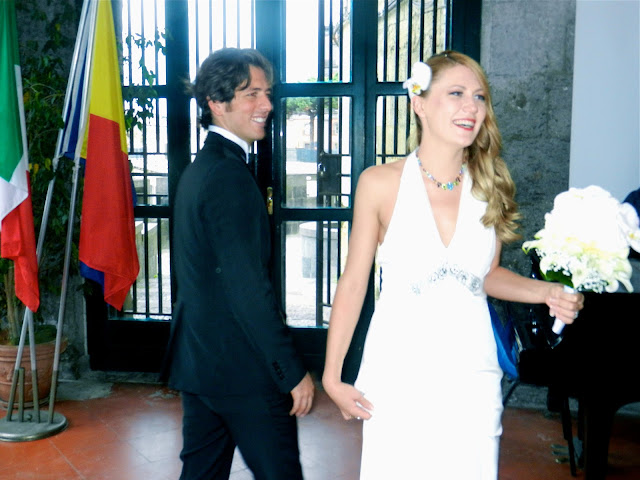 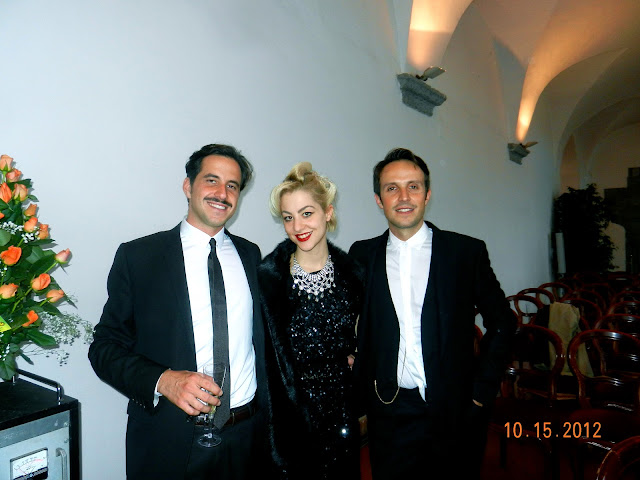 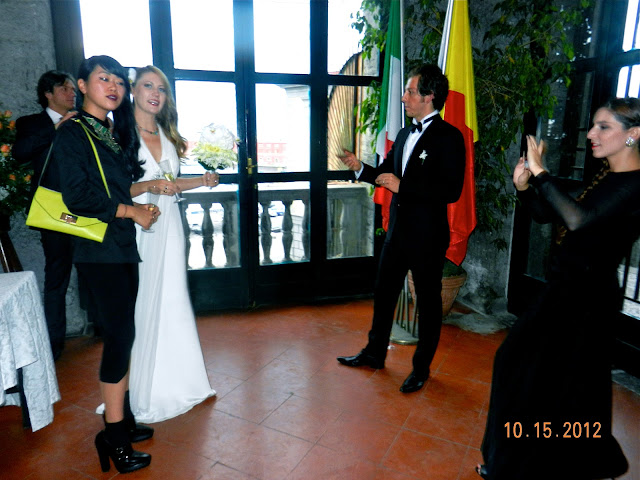 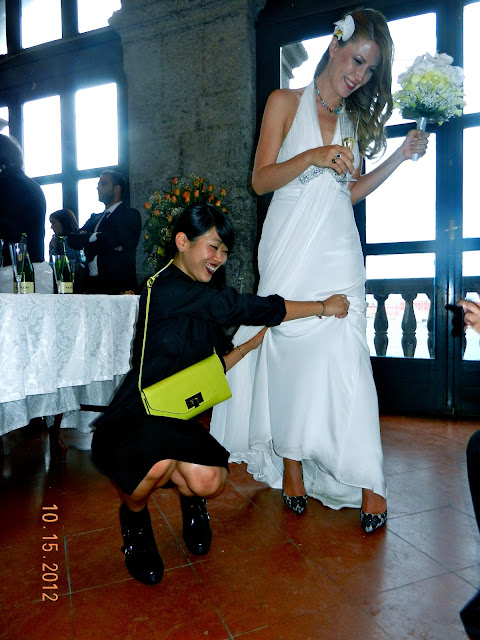 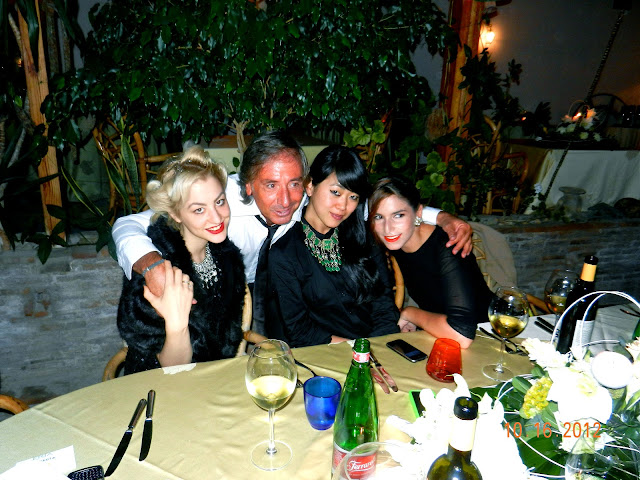 and a video, obvi.

By some strange new strain of ~luck~ I'm going back to Naples because by some twisted strike of ~fate~ I'm going be a #Bridesmaid. Yes, someone willingly wants me to stand beside and watch them, witness and honor them while they're getting hitched. Someone trusts me enough to see them make an Honest Woman Of Themselves and someone is even letting me do it all while wearing a black dress. My own dress, no puffy sleeves. Oh, who is this Mysterious Bridal Unicorn Mermaid, you all ask? Duh, guys, Olivia! Olivia is marrying her boyfriend Vinny on Monday and they're doing it ~FOR LOVE~ and they're doing it in Naples and the band will be The Mafia and the food will all be drugged. Below is a picture of Olivia and me and Olivia is on the right, duh: 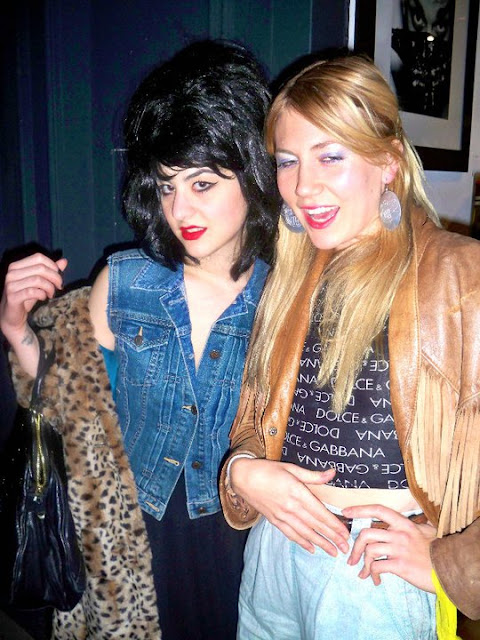 I like Olivia because she reminds me of Kirsten Dunst if Kirsten Dunst were more fun and speaking of fun, a fun fact about Olivia is that her lungs are very small and too small for her to smoke cigarettes without hurting herself, how chic is that, y'all? 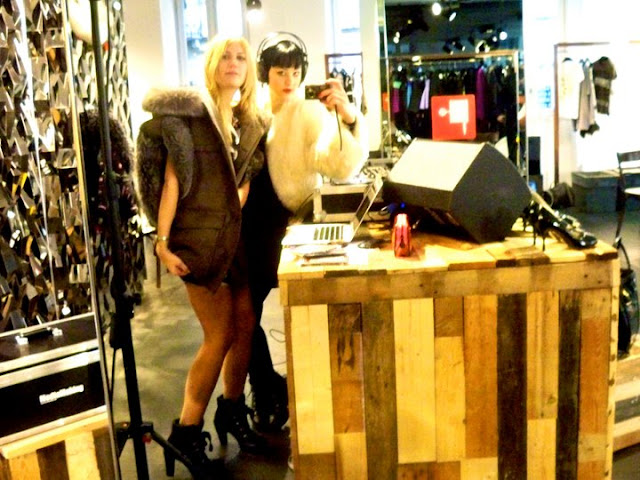 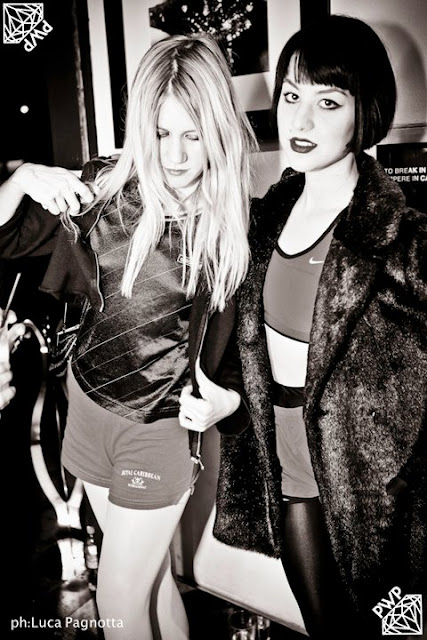 I've even slept on her couch, near a snoring dog who interrupted my slumber via crawling on top of me and licking my face and sending brain waves telling me that he loves me. I even got to bathe in Olivia's tub while she slept in her bed with her boyfriend, while her and Vinny, they slept together, in the bed, which was near the bathtub I was in, which had no curtain. She even let me borrow a shirt that morning, so I wouldn't smell bad at work, a t-shirt with something cool on it, like some obscure metal band only Olivia and the kids she drank malt liquor with back in Reno in the late 90's knew. 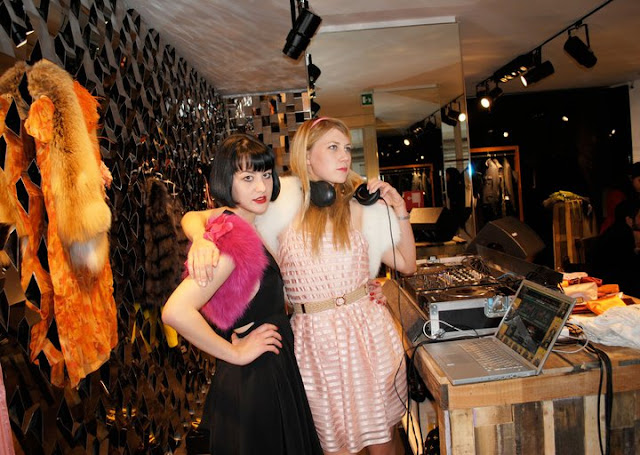 Yes, Olivia lived in Reno, you guys, because, Olivia's legit, Olivia's #punkrock, Olivia's one hardcore puta. Which is why I know that being her #Bridesmaid is an honor and which is why I'm kind of peeing my pants in preparation for it, because, what do I do, do I prepare a speech or some kind of pep talk or plan a bachelorette party for her, if so, should I hire a stripper? And if so, how many strippers? What nationality of strippers, y'all? They should be Brazilian, right? And, guys, what types of costumes should these Brazilians wear and take off? Oh, and what about the wedding day? What if on her Big Day Olivia chips her nail polish or sees a split end in her hair or gets her period early and I didn't bring extra tampons or nail polish or even a goddamn hairbrush? What if I'm the worst #Bridesmaid ever? What if someone hears how terrible I am and directs a heartwarming romantic slapstick humor comedy all about it? What if the film is a hit and I make no f'ing money off it? What if my identity is stolen by Charlize Theron? 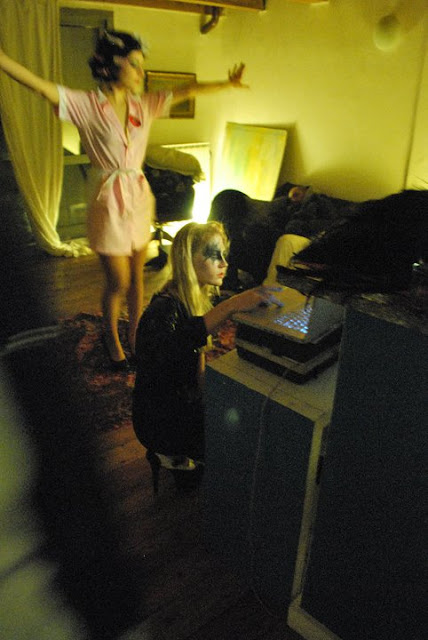 Email ThisBlogThis!Share to TwitterShare to FacebookShare to Pinterest
Labels: bridesmaids, going back to naples whatever I do what I want, olivia

PUT A PIZZA ON IT

I've been in Naples since Saturday and it's been a roller-coaster of emotions, tears and fear. I've learned a lot. I've learned that it is possible for Sensitive Little Tea to want to not only punch people in the face but also carry a knife. I've learned how much I appreciate garbage men, as well as my ability to speak without yelling. I've learned to value my life after thinking I'm going to die on a cobblestone street via some man following me via car or the one on the motorcycle or the drunk one on the steps. I've learned that nobody here knows what gluten-free means. I've learned that I need this bed: 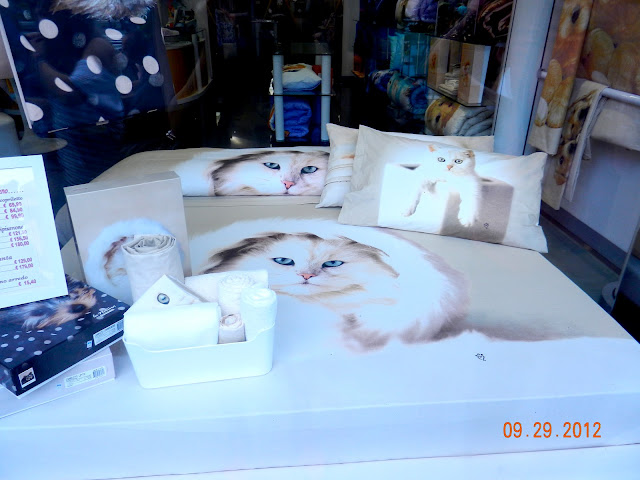 I learned quickly that in this city I should not wear high heels unless I'm ready to experiment with spirituality [get killed]. I realized that I can not wear the chic-to-death ensembles I packed because they are literally chic-to-DEATH. I've learned that I don't enjoy men spitting on my leopard print skirt or tripping me in my platforms. So I learned to settle for running shorts, pajama shirts, bathrobes and flats. (I had to buy the flats here, because I didn't bring any, duh). I call the look below Tired Masseuse: 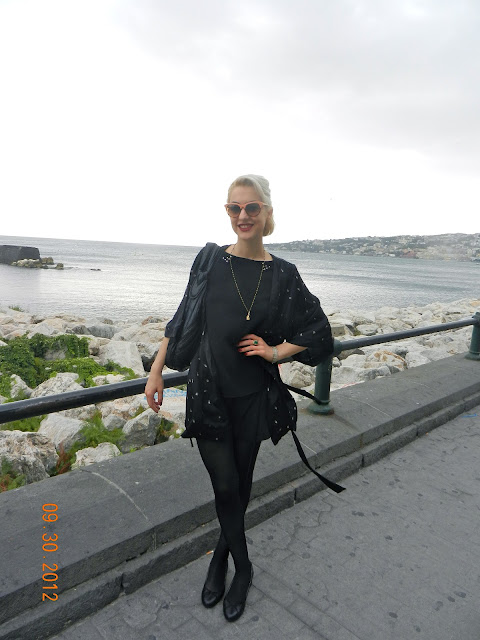 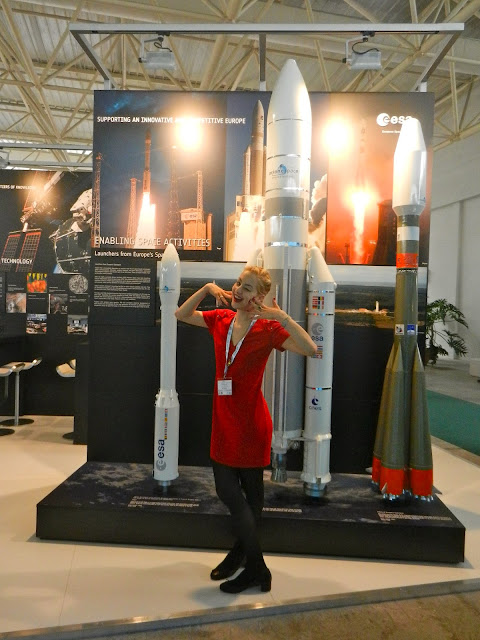 After the conference my Mom and I compared who has more wrinkles and so far I'm winning. 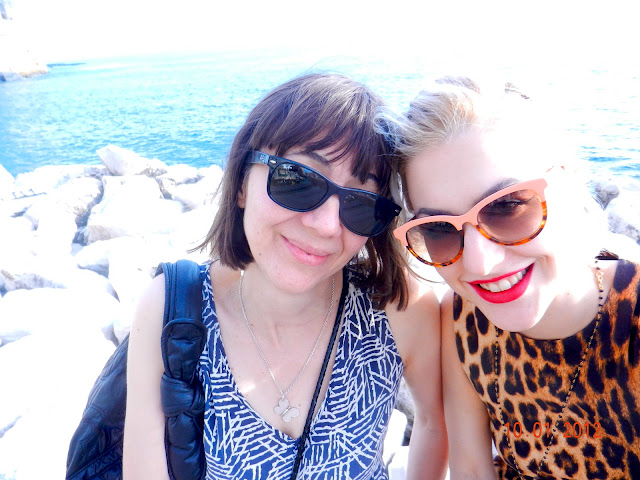 Then we discussed politics and World Peace. 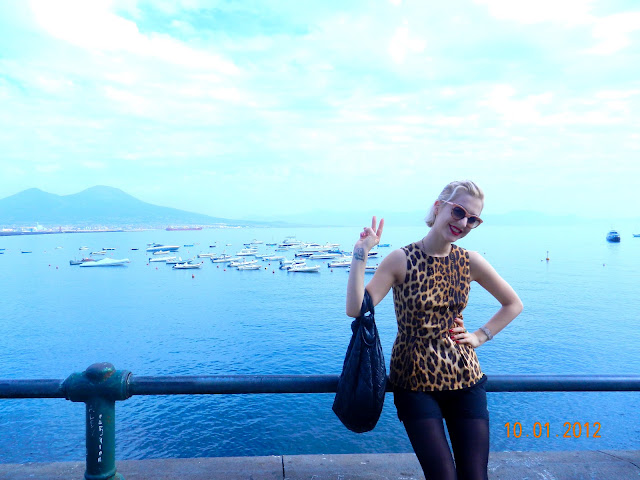 Then we went to some dumb, tiny island where I ate a pear because that's the only food I can eat here that won't give me violently miscarried food babies. 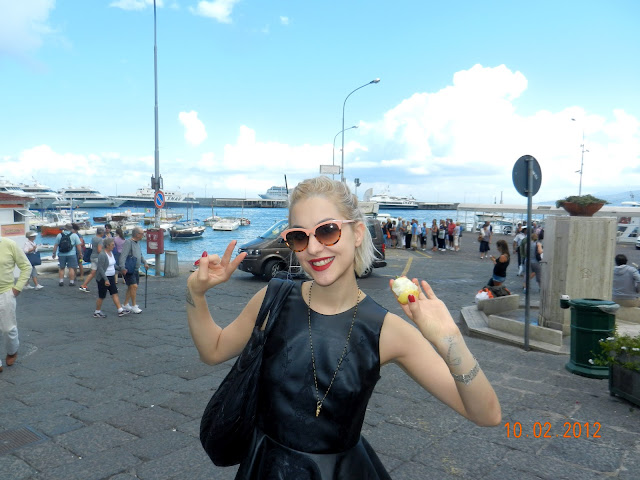 Naples is really into shrines, like this one for Lady Gaga: 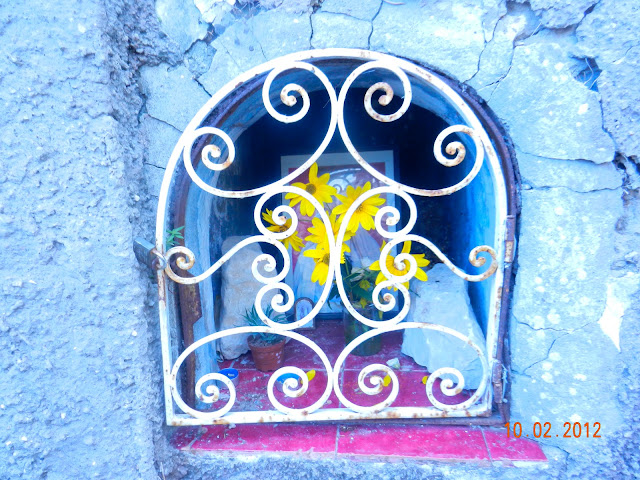 Here I made a new friend. 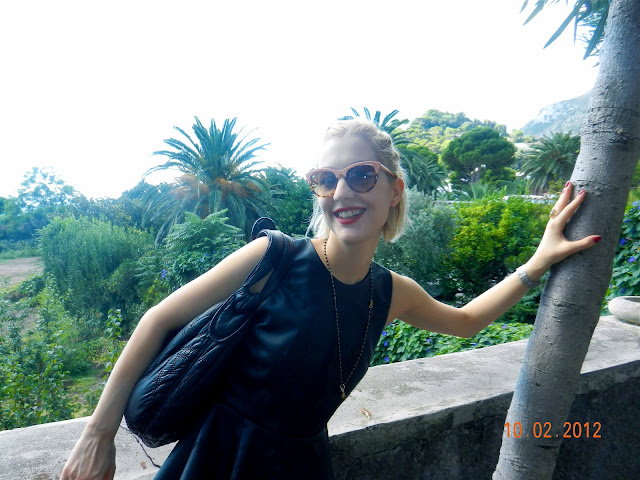 My mom and I had to take pictures of ourselves by ourselves via my arm because nobody else will do it for us because the people around us don't like us because they think we are lesbians. 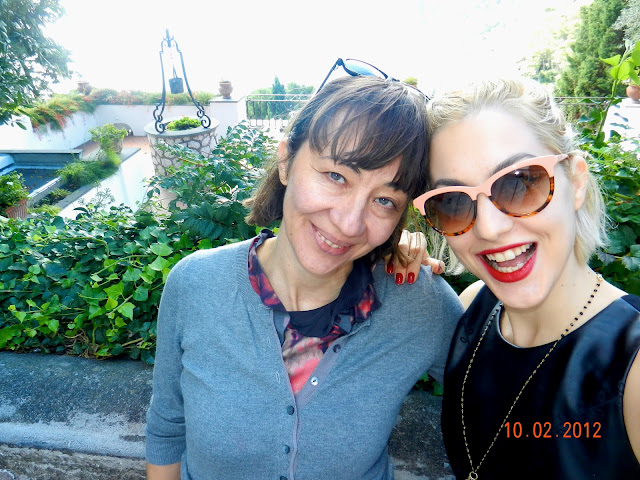 Finally I modeled my fashun look before jumping off this ledge. 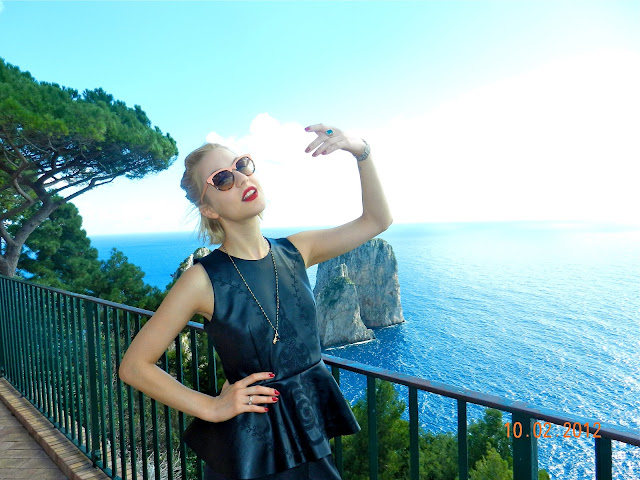