SKYPE WILL TEAR US APART

I wrote about Long Distance Relationships for VICE 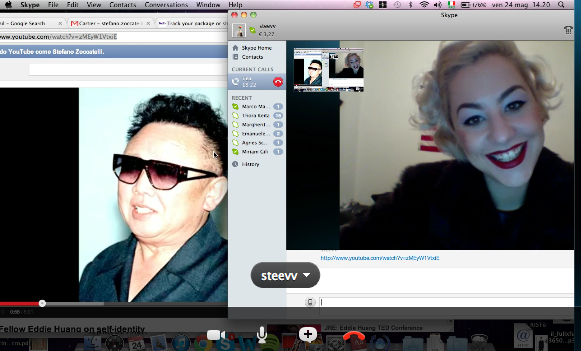 I can think of two reasons why people of the past were good at relationships: they knew the road to hell is paved with good intentions divorce papers and they spent lots of time apart.  Every generation had at least one war! Men would leave for years at a time and their girlfriends wouldn’t have anybody to cheat on them with aside from their girlfriends the men who were too gay or disabled to join the army! And it wasn’t just battle that kept couples apart. In the past going to the grocery store took three months on horseback. Exhausting, sure, but worth it, because distance makes the heart grow fonder.

I’m currently in a Long Distance Relationship and though it’s sad being separated from my boyfriend (who will buy my drinks?) it also has perks. Like having the pleasure of knowing someone somewhere loves me without the pain of having to wax my butt to maintain it. Like being free to go out when and where I want but no longer having to waste time searching desperately for a man I haven’t already slept with once I get there.

In addition, being away from your lover means projecting fantasies on them. And if you imagine what a fantastic father your boyfriend will be to your adopted Malaysian pro-surfer children, in your mind he’s already that person (and you start calling him “daddy”) because when all you have are fantasies, they become reality! It’s like how last night I dreamed that one of my roommates was feeding me pasta and suddenly started touching my boobs and now I’m acting weird around him even though I know that would never happen in real life because I don’t eat pasta.

Anyway, I’m new to Long-Distance but I’ve learned a lot so far and want to help those of y’all in similar situations (I’m guessing half of my Milanese reader’s boyfriends have moved to Berlin).

I’ve said before that wars helped keep couples together-not because the women left behind couldn’t cheat but because the men who left kept in touch. No matter what the conditions, men sent women letters. And if dudes back then found time to write (by hand!) and mail something (at the post office!) while dodging grenades, there’s no excuse to not remain in contact with the press of a button today. This rule goes for casual dating, as well: if a boy can’t be bothered to send you a text it means he doesn’t care about you or doesn’t have phone credit, in which case he’s broke and therefore not worth dating anyway.

The beauty of long distance is your partner can’t see what you’re doing. Since they don’t know your actual life, it’s your duty to curate one for them-and a little lying goes a long way! No, I’m not talking about cheating-you won’t have time for that after spending every second trying to trick your boyfriend into thinking you’re busy! “Sorry, I’m at a meeting,” you type, from your toilet. “I can’t talk now, I have a deadline,” you say, as you pluck your chin hairs. “I’ll Skype you if I finish this work on time but I can’t make any promises,” you write, while reading Amanda Bynes' Tweets. The goal of the long-distance relationship is to make your partner think you’re important and in-demand and therefore appreciate every second you waste talking to them. 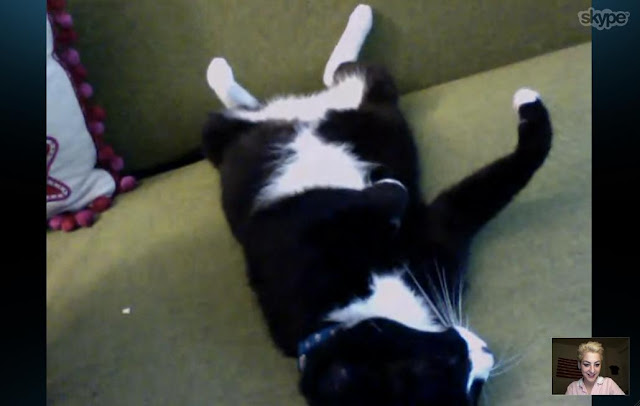 I find Skype intrusive and annoying. Before I had a boyfriend I refused to Skype anybody aside from my mom, and only made an exception for her because she shows me our cats. Sure, I’m glad I can video-chat my boyfriend so I can see that he’s sleeping alone his face but it takes a lot of prep time on my side! Pre-Skype I loved talking to boys on the phone because I could tell them I’m “just getting out of the shower” when in reality I’d be on my couch covered in ketchup stains. Now to make a five minute call I do my hair and makeup for an hour! I’ve gotten pretty good at this but sometimes they call you when you’re waking up and too sleepy to remember the importance of never showing the person you love your actual skin color. In those situations the only thing that makes me feel better is reminding myself that people rarely actually look at the person they’re talking to on Skype-in fact I think most people use it as an excuse to watch themselves. Anyway, I prefer Whatsapp to Skype because there’s no face time and tons of emoticons. They’re the best way to get a point across quickly-I use the diamond ring one a lot.

Skype talking is awkward enough so Skype sex is out of the question. But I am a fan of nude photos. Girls: leave your face out of yours so your boyfriend can pretend it’s someone else he’s jerking off to. Boys: don’t send naked photos. There’s nothing sadder in this world than a flaccid penis and there’s nothing more embarrassing than an erect one. Send us pictures of your (matching!) outfit or (clean!) apartment instead. PS: If your partner only sends you nudes via Snapchat that means they aren’t truly committed and you should dump them (via Snapchat).

Just because you’re far away doesn’t mean you can’t be romantic! Show you’re thinking of your sweetie by tagging them on an Instagram picture of your new tattoo of their name on your face.

Emails are cool because you can attach cat videos but real mail makes your lover feel like a part of you is with them! Send stationary drenched in your sweat and old t-shirts they can cry sleep in. Send toiletries he’ll leave in his bathroom to warn off other girls. Send enough stuff so by the time you’re visiting him, you’ve moved in! 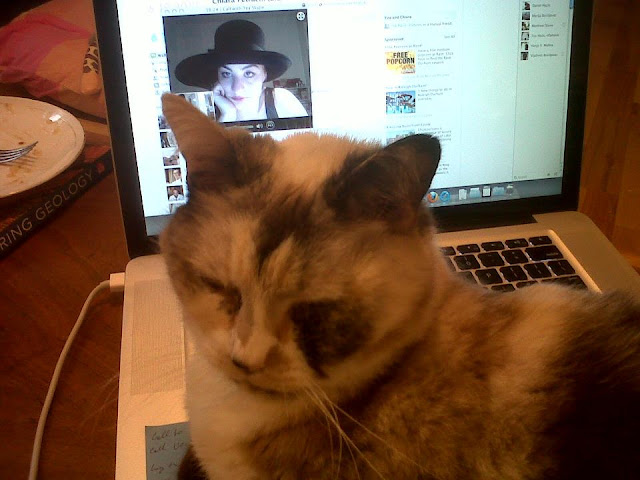 RETURN OF THE MACK