I wrote about Croatia entering the EU for VICE Italy 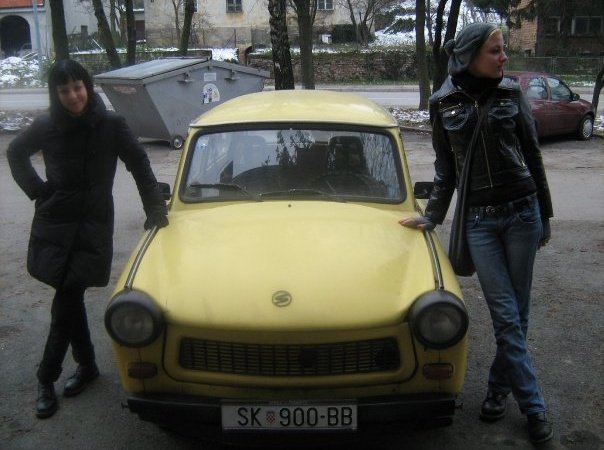 Croatia finally entered the EU last week (the week I left Europe #convenient) and I know what you’re thinking: “we don’t need any more prostitutes here!” And that’s offensive, because we always need more prostitutes. So don’t be negative-think of Croatia entering the EU as a new roommate moving into the apartment you’re already sharing with the French asshole, the dirty Spaniard and drunk British dude.

Croatia is the broke roommate who eats your food and wears your clothes without asking. She’s the one who smokes inside after promising she’d quit and the one who causes drama by letting her abusive ex-boyfriend (Serbia) come over after midnight. She embarrasses you by showing up to the party in Juicy sweatpants and then gets you kicked out of the party for bringing a gun. She’s the one you can’t trust to keep a promise or a secret but she’s so beautiful you don’t even care (until she steals your boyfriend).

1) Hold Your Liquor
Everyone in Milan thought I had a drinking problem when they were the ones with the problem-not knowing how to drink! Italians can easily have a bottle of wine for lunch but give them more than a Negroni before dinner and they’re calling their mommy for a ride home. The only problem Croatians have with alcohol is when they don’t have enough alcohol or when they walk home from the bar during winter and fall asleep in the snow and die-but one can argue if that’s even a problem.

2) Rise and Shine
Italians don’t eat breakfast, (a brioche isn’t breakfast), probably because they’re still full from the enormous dinner they ate at midnight. Croatians make the most of breakfast because by dinner-time they’ve already spent all their money on illegal slot machines. Your Croatian roommate will cook you a hangover-curing breakfast (you’re hung-over because you don’t know how to drink) so delicious you won’t even care that the main ingredients are rats and gunpowder.

3) One Big Room Full of Bad Bitches
People think Croatian women are just passive putas who will screw anyone for an American passport, and that’s not true! First of all, there’s nothing passive about beating our kids. Secondly, why would we screw for a passport when we can kill for it? Jokes aside, Croatian girls are the toughest I know and though I grew up in America, my summers in Croatia made me the Strong Feminist I am. There my cousins taught me about #slutpride and my grandmothers taught me that it doesn’t matter who you marry because you’ll be disappointed anyway.

4) Dress to Impress
When I first came to Milan I didn’t know anybody (or how to communicate with them) so when I saw a Croatian at a club one fateful night (I knew he was Croatian because he was the only boy above 1.5 meters) I approached him and he told me he knew I was Croatian because I was the only girl wearing a shitty jacket in January. Over vodka we agreed that though we’re freezing to death, there’s no point to buying coats since “it will get warm in four months.”

5) Family Matters
Italians are famously family-oriented (*cough* mafia *cough*) but Croatians stay even closer to our relatives since we can never afford to move out. On the rare occasions we are away, we stay connected. I talk to my mom on the phone ten times a day, which seemed excessive to my boyfriend until he realized it takes a lot of time to organize crime.

6) Penny Pinchers
When you’re notoriously poor nobody expects you to help pay for the internet bill or the taxi ride home or the morning-after pill because everyone knows you’ve been starving for a month to afford last season’s Levi’s.

7) Workin’ on My Shit
Italians think it’s cool to cut corners at work-that’s why y’all have daily strikes and ten hour lunch breaks. Croatians prefer to avoid work completely. The most popular retirement age is 30 and the most popular reasons are “disability” (beer belly) or “veteran” (served the required two years in the army).

8) The Early Bird Gets The Worm
I always hated that Italians go to aperitivo at seven, dinner at eleven and to the club at one-it’s exhausting and unnecessary. Croatians eat their largest meal at four, go to the bar at six and come home pleasantly wasted by midnight. If you get a little hungry in-between you go out and get a mayonnaise sandwich, which gives you an excuse to have sex in the park (which brings me to my next point).

9) Love is in the Air Everywhere I Look Around
Most Croatians don’t get our own apartments until we’re in our  thirties so if we want to have sex with someone, we’re creative! Croatia is where one learns to screw against cars, in public bathrooms, under bridges and behind park benches. But don’t mistake the excitement for love-Croatians don’t say “volim te” unless we’re wasted, which is all the time.