I was supposed to be at Burning Man this week (my boyfriend bought tickets before we even met, OK?) (and I’m like, “who was mine for then?”) (and then I’m like, “who’s mom?”). After weeks of persuasion I agreed under the pretense that I don’t have to pay for anything once I’m there (“hugs for drugs” isn’t appealing but neither is giving up my last five bucks for a dusty lollipop) and that however horrible the experience, it will give me great writing material and important lessons like don't fall asleep unless you want to wake up in a k-hole #nevertrustahippy 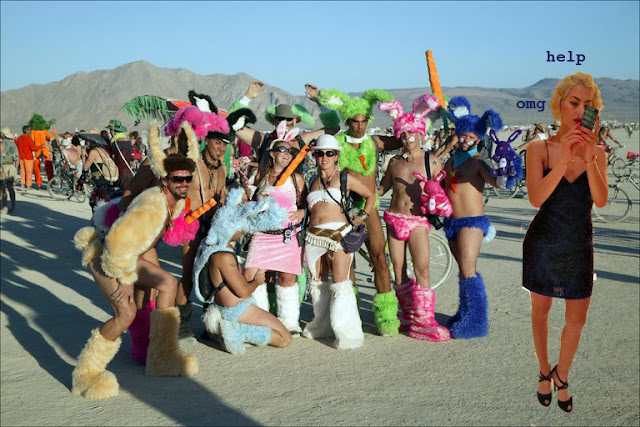 I didn’t end up going, thank Goddess. I couldn't miss Lady Gaga’s VMA performance! Just kidding, I missed it anyway because we don’t have a TV and I don’t know how to use the internet. Just kidding, I chose not to watch it because award shows stress me out. Not because I think they’re stupid or superficial or wasteful (*laughs hysterically at nothing* *checks reflection in aluminum can* *throws can into the sea*) but because they fill me with the overwhelming sense that I’m missing out.

When I see celebrities, I don’t admire them. I don’t wish I could meet them or be around them. I wish to be them. I deserve to be them, I think, I am them, I feel, I’m better than them, it’s not fair I’m not there, THAT SHOULD BE ME! I scream, at my screen, through a mouthful of cauliflower (the colon’s broom). 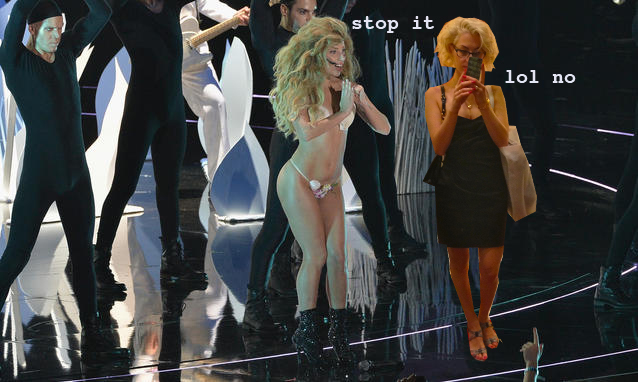 I get fiercely jealous of famous people, especially pop stars, because I’ve always known that if I’d only been born with a nice voice, I’d be one. I tried to be a concert pianist but realized that involves too much time spent inside practice rooms alone (and therefore not enough being obsessed over by strangers). Obviously I wanted to be a keyboardist in a punk rock band but nobody wants keyboardists in punk bands, especially if they're girls (I'll never forgive you, Jason, hope you know why you never made it). I got a place in my High School Jazz Band but apparently that isn't "legit" (I'll never forgive you, Battle of the Bands, my cover of "Someday My Prince Will Come" inspired by Bill Evans was killer) so then I just played piano at restaurants and bars until I realized retired couples in North Carolina aren't really my target.

So I moved to Milan to become a famous fashion designer but within a year discovered that I hate fashion and designers equally and after dabbling in PR I realized I hate parties and people even more and eventually figured the only way for me to get famous would be by being on TV. So I became a "writer" and "online personality" (went blonde) and within two years I got my own show on Sky and nothing changed. I guess Italian TV shows don't count, especially now that I'm here.

So I've decided to be a comedienne.

How hard can it be? 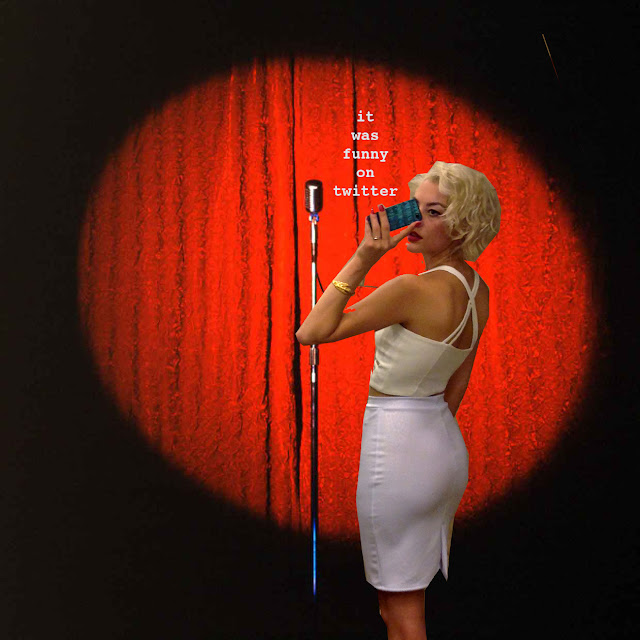 Tonight I'll write a routine that should last a few unbearable minutes, and y’all are welcome to watch me perform it tomorrow night at the Flying Pig Bistro from sometime between 6-11:00 pm and/or find me asleep in the bathroom after failed attempts to drink my nerves away. Just kidding, I'm not nervous at all. The countless nights I've spent on dates telling (hilarious) jokes the dates always refused to laugh at have prepared me for the worst.

Anyway, I'm writing this post in hopes of getting some help-I've been watching lots of stand-up for #inspiration and it seems that in order to be "funny" you have to hate yourself or something and I'm kind of worried my oozing confidence will affect my routine. 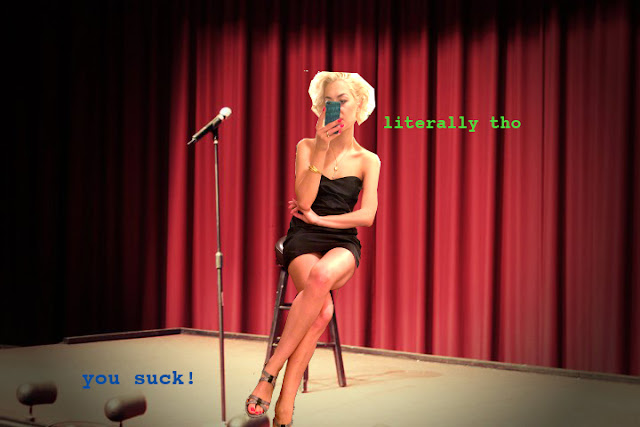 I'll let y'all know how it blows goes!

or something to watch between viewings of Gaga's "Applause"

It's my boyfriend's birthday so I made him a poisoned cake.

Email ThisBlogThis!Share to TwitterShare to FacebookShare to Pinterest
Labels: birthday bitch, nothing says "I love you" like food poisoning, poison your boyfriend, poor girlfriends, porcodio

Hey y'all here I am just embarrassing my entire family again I hope it's worth it :)

I'm working on a new #exciting and #scandalous video project and by "working on" I mean thinking about starting it but it should be started tonight or tomorrow or as soon as I can get some time alone in this apartment but till then here's Lady Gaga's new single:

PS: my mom thinks I reference poop and farting too much what do y'all think?